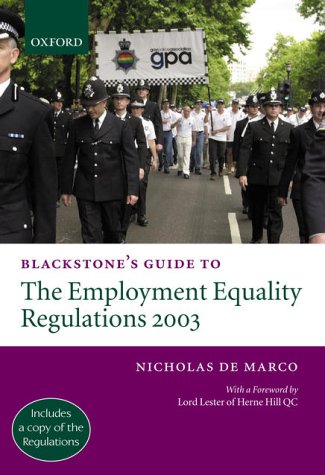 The Employment Equality (Religion or Belief) and (Sexual Orientation) Regulations 2003 came into force in December 2003 are an important landmark development in employment and discrimination law. This book is an important addition to the series and provides a full commentary on the new Regulations, with practical advice for all those preparing for and affected by the new regime.