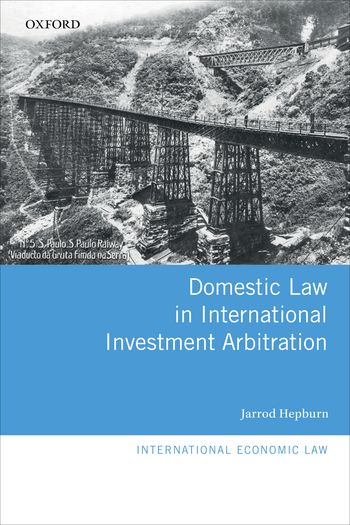 Part I of the book examines three areas of investment law-the 'fair and equitable treatment' standard, expropriation, and remedies-in which the role of domestic law has so far been under-appreciated. It argues that tribunals are justified in drawing on domestic law as a relevant factor in their rulings on these three issues. Part II of the book examines how questions of domestic law should be resolved in investment arbitration. It proposes a normative framework for use by tribunals in ascertaining the contents of the domestic law to be applied. It then considers counter-arguments, exemptions, and exceptions to applying this framework, and it evaluates how tribunals have ruled on questions of domestic law to date.

Investment treaty arbitration has endured much criticism in recent times, partly over fears of its encroachment on sovereignty. The book ultimately contends that closer attention by tribunals to one of the principal expressions of a state's sovereignty-the elaboration of its domestic law-will reduce criticism of the field.