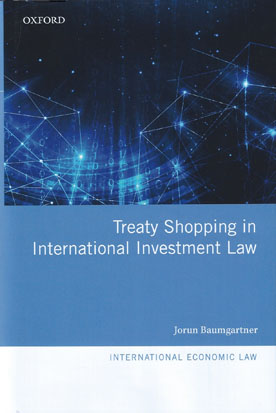 When deciding on whether an investment claim based on treaty shopping should be upheld or dismissed, investment arbitral tribunals have been increasingly faced with significant questions, such as:-

While some legal approaches taken by arbitral tribunals have started to consolidate, others remain unsettled, painting a picture of an overall inconsistent jurisprudence. This is hardly surprising, given the thousands of international investment agreements that provide for the investor's right to sue the host State on grounds of alleged breaches of investment obligations.

This book analyses and discusses the different ways by which arbitral tribunals have dealt with the value judgment at the core of the distinction between objectionable and unobjectionable treaty shopping, and makes proposals de lege ferenda on how States could reform their international investment agreements (in particular with respect to treaty drafting) in order to make them less susceptible to the practice of treaty shopping.