The Future of International Economic Law 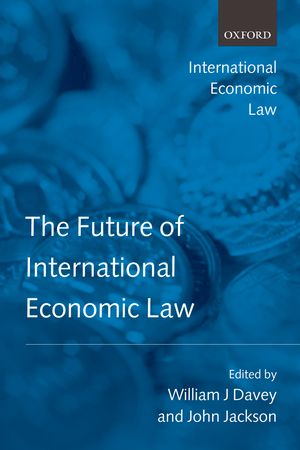 It pays particular attention to examining the WTO and its regulatory scope, its systemic and structural deficiencies, its role in development and in liberalising trade in services, its tense relationship to regionalism and to trade-related issues such as environment, competition and dispute settlement in the field of investment.

The contributions are authored by leading academics in the field, including lawyers, economists, and political scientists who come from a range of developed and developing country backgrounds. This book constitutes a reflection by important individuals on almost all the major contemporary issues facing the WTO today, and therefore represents a snapshot of the key lines of thinking among many of the leading legal scholars of the WTO and international economic regime which are likely to guide the field in the years to come.

This is a book edition of the special 10th anniversary third issue of vol. 10 of the Oxford Journal of International Economic Law September 2007