The Structure of Regulatory Competition 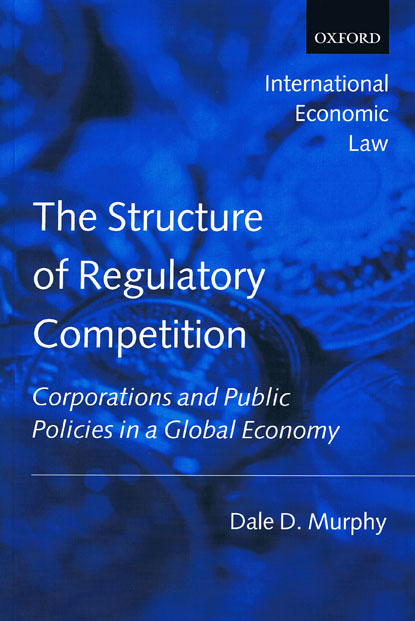 This book aims to fill these voids with a company-based explanation. Its theoretical findings open a 'black box' in the literature on international political economy and elucidate a source of regulatory differences and similarities.;Counter-intuitive case studies reveal how business and governments actually interact. They also contribute to both sides of current debates over corporate social responsibility. They examine diverse topics including offshore finance, flags-of-convenience, CFC production, capital requirements, the importation and sale of 'dolphin-lethal' tuna, and the advertising of infant formulae.

By exploring powerful corporations' investment profiles and regulatory strategies, this book explains why globalization sometimes results in a 'race to the bottom', sometimes in higher common regulations, and sometimes in regulations that differ between countries. Uniquely, it then explains which regulatory outcome is likely to occur under specified conditions. The explanation incorporates economics, political science, studies of regulatory capture, and examinations of transaction costs, firms' regulatory strategies, and the roles international institutions.