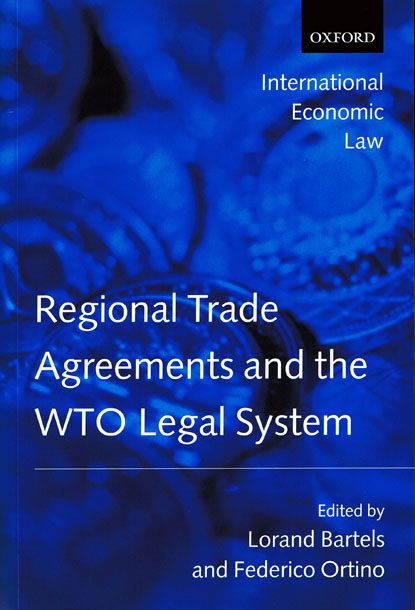 Part 1 introduces the economic and political underpinnings of regional trade agreements, their constitutional functions, and their role as a locus for integrating trade and human rights.

Part 5 explores the interrelationship between regional trade agreements and the WTO system from the perspective of public international law, involving questions with significance beyond the trade community.