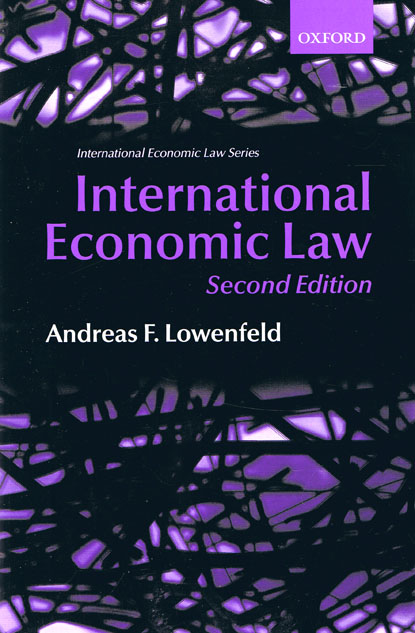 As conflict and cooperation among states turn to an ever greater extent on economic issues, this fully updated and expanded second edition presents a comprehensive exploration of the legal foundations of the international economy. It not only examines the current status of the law, but also explores the origins, political tensions and development of outcomes that are often difficult to comprehend.

Lowenfeld examines the major elements of economic law in the international arena including the World Trade Organization and its antecedents; dumping, subsidies, and other devices that alter the market; the International Monetary System, including the collapse of the Bretton Woods system; the debt of developing countries; the law of foreign direct investment, including changing perceptions of the rights of host states and multinational enterprises; and economic sanctions. The book also contains chapters on competition law, environmental law, and new chapters on intellectual property and the various forms of arbitration; demonstrating how these subjects fit into the framework of international economic law.

Professor Lowenfeld brings to his task a lifetime of practice and teaching experience to produce a book that will be of use to international lawyers and non-specialists alike.

New to this edition: