Mitigation and Aggravation at Sentencing 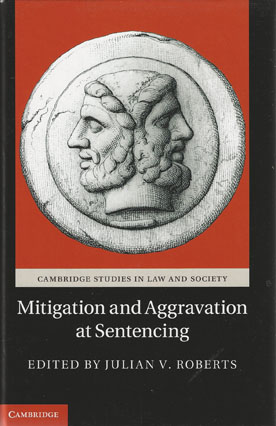 This innovative volume explores a fundamental issue in the field of sentencing: the factors which make a sentence more or less severe.

All sentencing systems allow courts discretion to consider mitigating and aggravating factors, and many legislatures have placed a number of such factors on a statutory footing. Yet many questions remain regarding the theory and practice of mitigation and aggravation.

Drawing on legal and sociological perspectives and examining mitigation and aggravation in various jurisdictions, the essays provide practical illustrations of specific factors as well as theoretical justifications. After the foreword by Andrew von Hirsch, a number of contributors address broad conceptual issues raised at sentencing.

These contributions are followed by several empirical chapters including an exploration of personal mitigation in English courts. The authors are leading scholars from a range of common law jurisdictions including England and Wales, the United States, Canada, Australia, New Zealand and South Africa.

Opposing the Rule of Law in Myanmar: The Courts and the Ideal of Law and Order
Nicolas Cheesman
ISBN 9781107083189
Published February 2015
Cambridge University Press
£70.99