Law's Trials: The Performance of Legal Institutions in the US 'War on Terror' 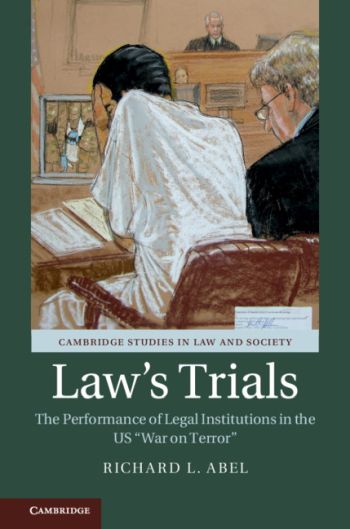 The US "war on terror" has repeatedly violated fundamental rule of law values. When executive and legislature commit such egregious wrongs, courts represent the ultimate defense.

Law's Trials: The Performance of Legal Institutions in the US "War on Terror" offers the first comprehensive account of judicial performance during the 16 years of the Bush and Obama administrations. Abel examines criminal prosecutions of alleged terrorists, courts martial of military personnel accused of law of war violations, military commission trials of "high value detainees," habeas corpus petitions by Guantanamo detainees, civil damage actions by victims of both the "war on terror" and terrorism, and civil liberties violations by government officials and Islamophobic campaigners.

Law's Trials identifies successful defenses of the rule of law through qualitative and quantitative analyses, comparing the behavior of judges within and between each category of cases and locating those actions in a comparative history of efforts to redress fundamental injustices.