Law's Wars: The Fate of the Rule of Law in the US 'War on Terror' 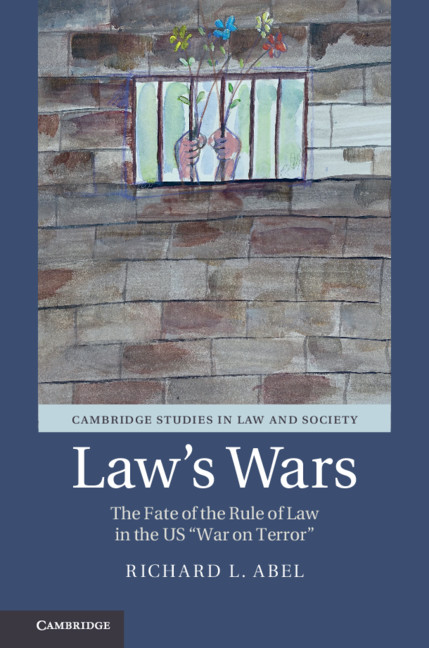 Law's Wars: The Fate of the Rule of Law in the US "War on Terror" is the first comprehensive account of efforts to resist and correct those violations. It focuses on responses to abuses in Abu Ghraib, efforts by Guantanamo Bay detainees to improve conditions of confinement in and win release, exposes of and efforts to end torture and electronic surveillance, and civilian casualties on the battlefield, including targeted killings. Abel deploys a law and society perspective to construct and analyze detailed narratives of the roles of victims, whistle-blowers, the media, NGOs, lawyers, doctors, politicians, military personnel, foreign governments and international organizations in defending the rule of law. Only by understanding past errors can we hope to prevent their repetition in what promises to be an endless "war on terror."

Contents:
1. Defending the Rule of Law
2. Abu Ghraib
3. Guantanamo Bay
4. Interrogation
5. Electronic Surveillance
6. Ius in Bello
7. The Resilience of the Rule of Law