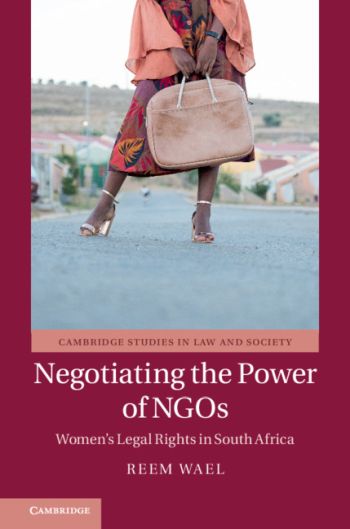 This book focuses on the socio-political environment that allows for the impactful work of NGOs through their proximity to local communities.

The book showcases how this space has helped South African women's rights NGOs to bring about crucial legal reforms, which are quite relevant to women's lived realities. Recognizing its limitations, the South African state encourages NGOs to work freely on the ground and with state institutions to ameliorate the conditions for women's rights. The outcome of this state-NGO dynamic can be seen in the numerous human rights gains achieved by NGOs in general, and by women's rights organizations specifically.

In addition, vulnerable communities such as women living under customary law have a significantly better chance to access justice. The book then demonstrates the opposite scenario, using Egypt as a case study, where NGOs are viewed as a national threat, and consequently operate under restrictive rules.

Contents:
1. Introduction
2. South Africa: Formal Law and the Constitution
3. Informal Justice: A Favourable Alternative?
4. From Politics to Law-making: NGOs and the State in South Africa
5. The Justice System: Space for Negotiating Human Rights
6. The Art of Litigation: Tactics and Impact
7. Access to Justice and NGOs: Awareness, Guidance and Empowerment
8. Disabling Factors for Socio-Legal Development: Insights from Egypt
9. Conclusion.