Global Lawmakers: International Organizations in the Crafting of World Markets 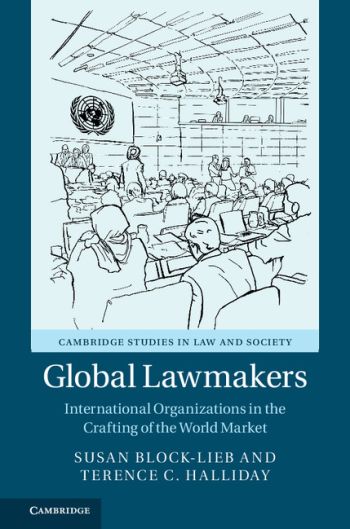 Global lawmaking by international organizations holds the potential for enormous influence over world trade and national economies. Representatives from states, industries, and professions produce laws for worldwide adoption in an effort to alter state lawmaking and commercial behaviors, whether of giant multi-national corporations or micro, small and medium-sized businesses. Who makes that law and who benefits affects all states and all market players.

Global Lawmakers offers the first extensive empirical study of commercial lawmaking within the United Nations. It shows who makes law for the world, how they make it, and who comes out ahead. Using extensive and unique data, the book investigates three episodes of lawmaking between the late 1990s and 2012. Through its original socio-legal orientation, it reveals dynamics of competition, cooperation and competitive cooperation within and between international organizations, including the UN, World Bank, IMF and UNIDROIT, as these IOs craft international laws.

Global Lawmakers proposes an original theory of international organizations that seek to construct transnational legal orders within social ecologies of lawmaking. The book concludes with an appraisal of creative global governance by the UN in international commerce over the past fifty years and examines prospective challenges for the twenty-first century.

The Ghostwriters: Lawyers and the Politics behind the Judicial Construction of Europe
Tomasso Pavone
ISBN 9781316513910
Published April 2022
Cambridge University Press
£95.00

Opposing the Rule of Law in Myanmar: The Courts and the Ideal of Law and Order
Nicolas Cheesman
ISBN 9781107083189
Published February 2015
Cambridge University Press
£74.99