The Invention of the Passport: Surveillance, Citizenship and the State 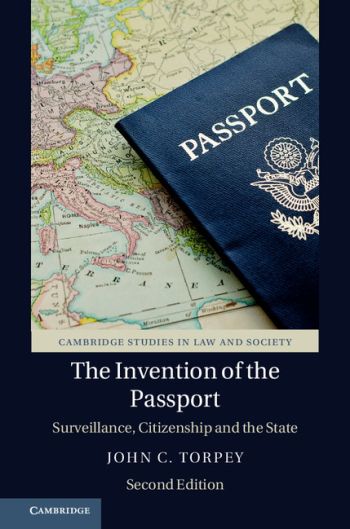 This book presents the first detailed history of the modern passport and why it became so important for controlling movement in the modern world. It explores the history of passport laws, the parliamentary debates about those laws, and the social responses to their implementation.

The author argues that modern nation-states and the international state system have 'monopolized the 'legitimate means of movement',' rendering persons dependent on states' authority to move about - especially, though not exclusively, across international boundaries.

This new edition reviews other scholarship, much of which was stimulated by the first edition, addressing the place of identification documents in contemporary life. It also updates the story of passport regulations from the publication of the first edition, which appeared just before the terrorist attacks of 9/11, to the present day.

Contents:
Preface to the second edition
Introduction
1. Coming and going: on the state monopolization of the legitimate 'means of movement'
2. 'Argus of the Patrie': the passport question in the French Revolution
3. Sweeping out Augeas's stable: the nineteenth-century trend toward freedom of movement
4. Toward the 'crustacean type of nation': the proliferation of identification documents from the late nineteenth century to the First World War
5. From national to postnational? Passports and constraints on movement from the interwar to the postwar era
6. 'Everything changed that day': passport regulations after the terrorist attacks of September 11, 2001
Conclusion: a typology of 'papers'
References
Index.