Weak Constitutionalism: Democratic Legitimacy and the Question of Constituent Power 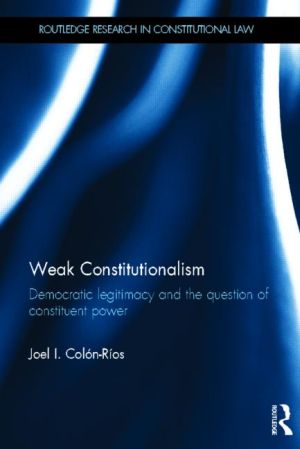