Colonial and Post-Colonial Constitutionalism in the Commonwealth: Peace, Order and Good Government (eBook) 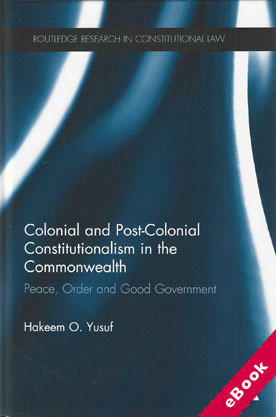 
ISBN13: 9781135081560
Published: December 2013
Publisher: Routledge
Country of Publication: UK
Format: eBook (ePub)
Price: £31.66
The amount of VAT charged may change depending on your location of use.
Convert Currency