Engineering Constitutional Change: A Comparative Perspective on Europe, Canada and the USA 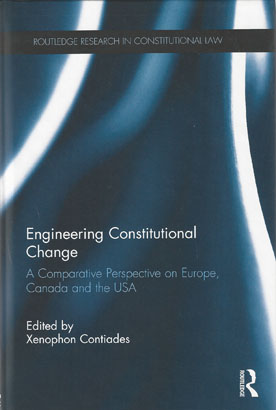 This volume provides a holistic presentation of the reality of constitutional change in 18 countries (the 15 old EU member states, Canada, Switzerland and the USA).