Colonial and Post-Colonial Constitutionalism in the Commonwealth: Peace, Order and Good Government 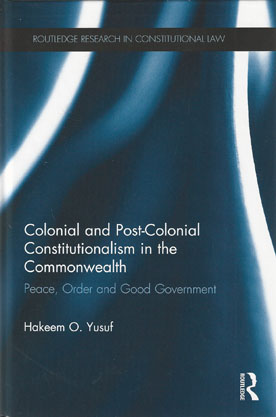