Constitutionalism in the Global Realm: A Sociological Approach 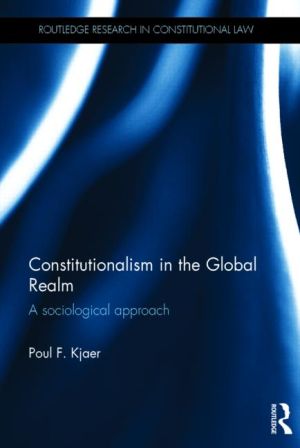 The book looks at the ways in which national and transnational legal forms have evolved alongside each other. It demonstrates that the formation of global constitutions has not resulted in a corresponding decrease in the power of nation states, but instead, legal and political aspects of both the nation state and the transnational have been reconfigured and intensified in a mutually supportive manner.

In combining insights from a range of fields, this interdisciplinary book will be of great interest to students and scholars of constitutional law, sociology, global governance studies, and legal, social and political theory.