The Accountability Gap in EU Law 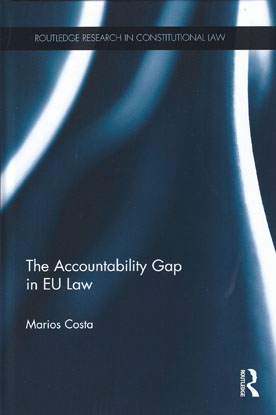 Almost two decades ago, the fall of the Santer Commission against a background of allegations of maladministration and nepotism had the effect of placing accountability on the political agenda of the EU institutions.

This book investigates whether any progress towards more accountability and transparency has been made in the post-Lisbon era by taking a holistic approach to the subject. Marios Costa argues that currently the EU institutions and the Member States are not in a position to hold the so-called independent agencies as well as the various committees and expert groups accountable.

Despite recent progress, the EU still needs to put forward an acceptable constitutional framework which will truly secure accountability at the EU level of governance.