After National Democracy: Rights, Law and Power in America and the New Europe 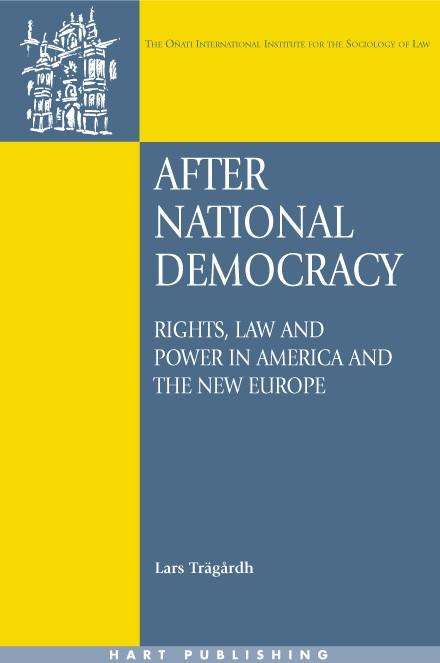 The ""imagined community"" of the nation, which served as the affective basis for the post-French Revolution social contract, as well as its institutional counter-part, the welfare state, are currently under great stress as states lose control over what once was referred to as the ""national economy"" In this book a number of authors - historians, legal scholars, political theorists - consider the fate of national democracy in the age of globalization. In particular, the authors ask whether the order of European nation-states, with its emphasis on substantive democracy, is now, in the guise of the European Union, giving way to a more loosely constructed, often federalized system of procedural republics (partly constructed in the image of the United States). Is national parliamentary democracy being replaced by a politico-legal culture, where citizen action increasingly takes place in a transnational legal domain at the expense of traditional (and national) party politics? Is the notion of a nationally-bound citizen in the process of being superceded by a cosmopolitan legal subject?

Contents:
1. Introduction -Lars Tragardh 2. Normative Theory and the EU: Legitimising the Euro-Polity and its Regime - Richard Bellamy and Dario Castiglione 3. The Juridification of Politics in the United States and Europe: Historical Roots,Contemporary Debates, and Future Prospects - Lars Tragardh and Michael X. Delli Carpini 4. Rights and Regulation in (the) Europe(an Union): After National Democracy? - Daniel Wincott 5. Constitutional Moments - Juliet Williams 6 Law and Politics in a Madisonian Republic: Opportunities and Challenges for Judges and Citizens in the New Europe - Lisa Hilbink 7 Democracy Beyond Nation and Rule? Reflections on the Democratic Possibilities of Proceduralism - Warren Breckman