European Ways of Law: Towards a European Sociology of Law 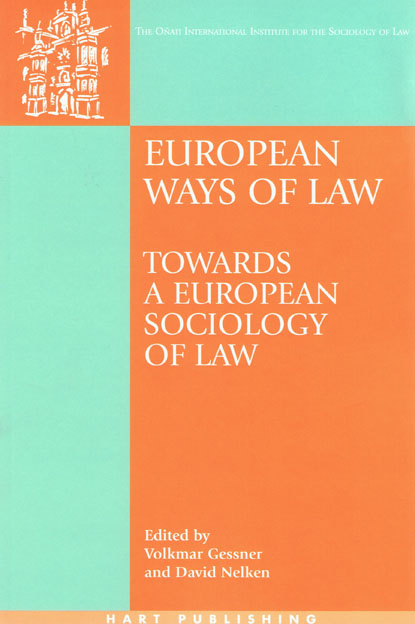 Can there be such a thing as a European sociology of law? The uncertainties which arise when attempting to answer that straightforward question are the subject of this book, which also overlaps into comparative law, legal history, and legal philosophy. The richness of approaches reflected in the essays (including comparisons with the US) makes this volume a courageous attempt to show the present state of socio- legal studies in Europe and map directions for its future development.

Certainly we already know something about the existence of differences in the use and meaning of law within and between the nation states and groups that make up the European Union. They concern the role of judges and lawyers, the use of courts, patterns of delay, contrasts in penal ‘sensibilities’, or the meanings of underlying legal and social concepts. Still, similarities in ‘legal culture’ are at least as remarkable in societies at roughly similar levels of political and economic development. The volume should serve as a needed stimulus to a research agenda aimed at uncovering commonalities and divergences in European ways of approaching the law.