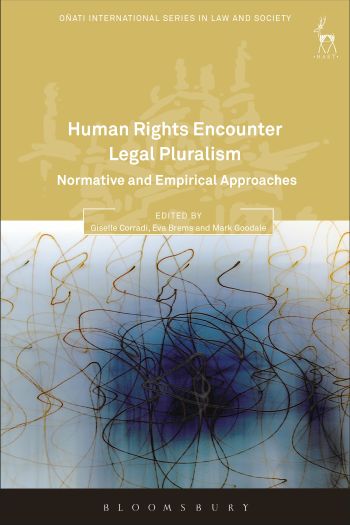 This collection deals with the intricacies of enhancing access to human rights in a world that is to a large extent characterised by legal pluralism, ie the co-existence and interaction of various legal orders in a same field of social relations. The point of departure is that the promotion of human rights is a desirable, yet complex undertaking, and that the insights generated within the scholarly tradition of legal pluralism and the ‘universality debate’ can help elucidate the issues at stake. Aware of numerous misunderstandings and of the mutual suspicion that exists between human rights scholars and legal anthropologists, the volume includes contributions from experts in both disciplines and intends to build bridges between them. In that endeavour, both legal pluralism and human rights are problematised. Rather than analysing whether legal pluralism is compatible with human rights or whether non-state legal orders either comply with or breach international standards, this book focuses on the question: how does legal pluralism interplay with the promotion of human rights?

The contributors draw on experiences from Latin America, sub-Saharan Africa, Europe, Asia and the Middle East.