Fighting for Political Freedom: Comparative Studies of the Legal Complex and Political Change 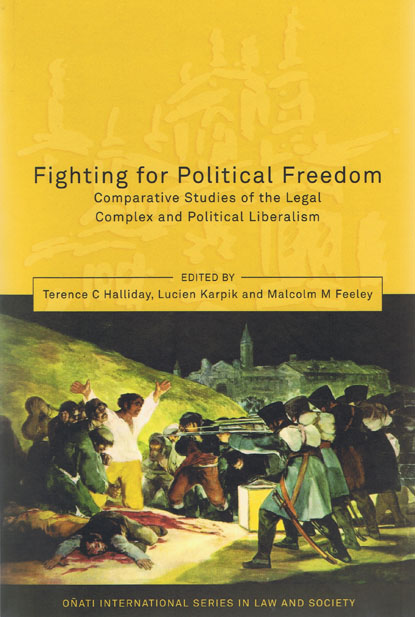 Across the world political liberalism is being fought for, consolidated and defended. Nations that have never enjoyed a liberal political society are constrained or inspired to do create one by international institutions; nations that have advanced towards and then retreated from political liberalism are pressed to regain lost ground; nations that have recently shifted from authoritarian to liberal political systems are encouraged to lock in the transition through institutions and constitutions, and mature democracies are being encouraged to recover diminished freedoms in the face of terrorism and domestic conflict.

This book tests for the contemporary world the proposition that lawyers are active agents in the construction of liberal political regimes. It examines the efficacy of a framework that postulates that legal professions not only orient themselves to a market for their services but they frequently can be seen in the forefront of actors seeking to institutionalise political liberalism. On the basis of some sixteen case studies from across the world, the authors present a theoretical link between lawyers and political liberalism having wide-ranging application over radically diverse situations in Asia and the Middle East, North and South America, and Europe.

They argue that it is not the politics of lawyers alone but the politics of a 'legal complex' of legally-trained occupations, centered on lawyers and judges, that drives advances or retreats from political liberalism, that political liberalism itself is everywhere in play, in countries with established democracies and those without liberal politics and that it is now clear that the legal arena is a central field of struggle over the shape of political power. The case studies presented here provide powerful evidence that the nexus of bar and bench in transitions towards or away from political liberalism is a force which has universal application.