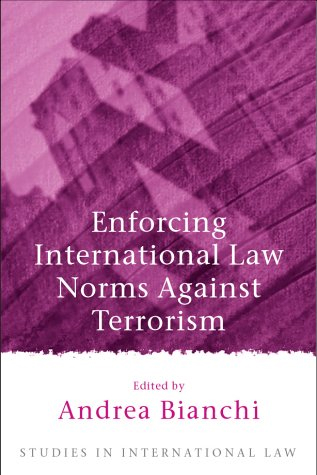 Temporarily unavailable
Despatched in 10 to 12 days.

The scale and horror of recent terror attacks and the panic which ensued throughout the world has forced policy-makers and international lawyers to re-examine international legal tools available to enforce norms against terrorism. The magnitude of the attacks, the modalities of the operations, the profiles of the terrorists and the transnational structure of some terrorist organisations all cast doubt on the adequacy of the existing political and legal framework to fight terrorism.

Due to this perception, governments have increased the intensity of measures to combat terrorist activities such as using military force against States sponsoring terrorism, freezing assets of terrorist organizations, and promulgating national security measures designed to protect the State against would be terrorists.

This book comprehensively analyses the suitability of existing international legal tools to enforce rules prohibiting terrorism. Contributions from leading experts in international law examine, among others, questions relating to the proper role of international law in combating terrorism, the legality of covert operations against terrorism, whether the law of armed conflict can be applied to the “war against terror”, domestic anti-terror laws and their compatibility with human rights standards, and how to regulate the internet to prevent terrorist usage.

In addition, the ways in which States can co-operate together to more effectively investigate terrorist infrastructures and apprehend suspects is focused upon. The interplay between different layers of legal authority at international, regional and domestic levels is also subject to review. This thorough examination of the array of legal means at the international community’s disposal to enforce norms against terrorism will allow readers to appreciate the real challenges that terrorism and the responses to it pose to the international legal system.

The Responsibility to Protect and the Failures of the United Nations Security Council
P.M. Butchard
ISBN 9781509930807
To be published April 2020
Hart Publishing
£80.00