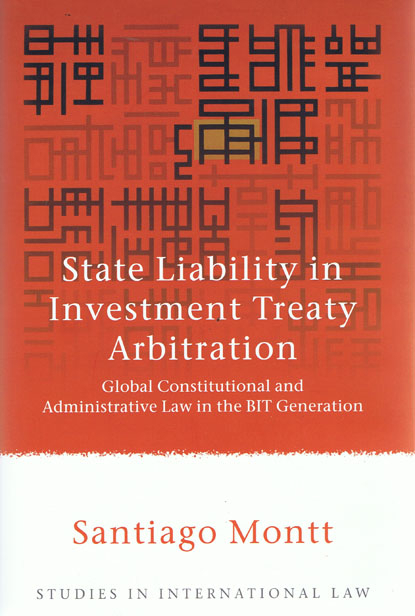 Today there are more than 2,500 bilateral investment treaties (BITs) around the world. Most of these investment protection treaties offer foreign investors a direct cause of action to claim damages against host-states before international arbitral tribunals. This procedure, together with the requirement of compensation in indirect expropriations and the fair and equitable treatment standard, have transformed the way we think about state liability in international law.

We live in the BIT generation, a world where BITs define the scope and conditions according to which states are economically accountable for the consequences of regulatory change and administrative action. Investment arbitration in the BIT generation carries new functions which pose unprecedented normative challenges, such as the arbitral bodies established to resolve investor/state disputes defining the relationship between property rights and the public interest. They also review state action for arbitrariness, and define the proper tests under which that review should proceed.

State Liability in Investment Treaty Arbitration is an interdisciplinary work, aimed at academics and practitioners, which focuses on five key dimensions of BIT arbitration. First, it analyses the past practice of state responsibility for injuries to aliens, placing the BIT generation in historical perspective. Second, it develops a descriptive law-and-economics model that explains the proliferation of BITs, and why they are all worded so similarly.

Third, it addresses the legitimacy deficits of this new form of dispute settlement, weighing its potential advantages and democratic shortfalls. Fourth, it gives a comparative overview of the universal tension between property rights and the public interest, and the problems and challenges associated with liability grounded in illegal and arbitrary state action. Finally, it presents a detailed legal study of the current state of BIT jurisprudence regarding indirect expropriations and the fair and equitable treatment clause.

Contents:
Introduction First Part: A Framework of Analysis Chapter 1: The Latin American Position on State Responsibility. Looking into the Past for Lessons on the Future Chapter 2: The BIT Generation's Emergence as a Collective Action Problem. Prisoner's Dilemma or Network Effects? Chapter 3: Trading Off Sovereignty for Credibility: Questions of Legitimacy in the BIT Generation Second Part: An Assessment of the Present State of Investment Treaty Arbitration Jurisprudence Chapter 4: Property Rights v The Public Interests: A Comparative Approach to a Global Puzzle Chapter 5. Investments, Indirect Expropriations and the Regulatory State Chapter 6: Controlling Arbitrariness through the Fair and Equitable Standard Conclusions: Future of the BIT Generation: For a Global Legal Order Committed to the Rule of Law and Human Welfare