The Interception of Vessels on the High Seas: Contemporary Challenges to the Legal Order of the Oceans 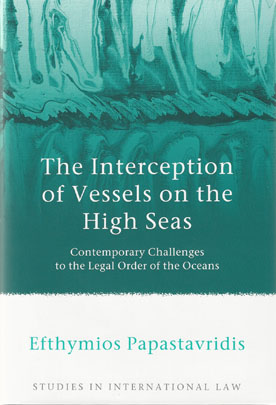 The principal aim of this book is to address the international legal questions arising from the 'right of visit on the high seas' in the 21st century. This right is considered the most significant exception to the fundamental principle of the freedom of the high seas (the freedom, in peacetime, to remain free of interference by ships of another flag).

It is this freedom that has been challenged by a recent significant increase in interceptions to counter the threats of international terrorism and WMD proliferation, or to suppress transnational organised crime at sea, particularly the trafficking of narcotics and smuggling of migrants. The author questions whether the principle of non-interference has been so significantly curtailed as to have lost its relevance in the contemporary legal order of the oceans.

The book begins with an historical and theoretical examination of the framework underlying interception. This historical survey informs the remainder of the work, which then looks at the legal framework of the right of visit, contemporary challenges to the traditional right, interference on the high seas for the maintenance of international peace and security, interferences to maintain the 'bon usage' of the oceans (navigation and fishing), piracy jure gentium and current counter-piracy operations off the coast of Somalia, the problems posed by illegal, unregulated and unreported fishing, interdiction operations to counter drug and people trafficking, and recent interception operations in the Mediterranean Sea organised by FRONTEX.

The Responsibility to Protect and the Failures of the United Nations Security Council
P.M. Butchard
ISBN 9781509930807
To be published April 2020
Hart Publishing