Sovereignty and the Stateless Nation: Gibraltar in the Modern Legal Context 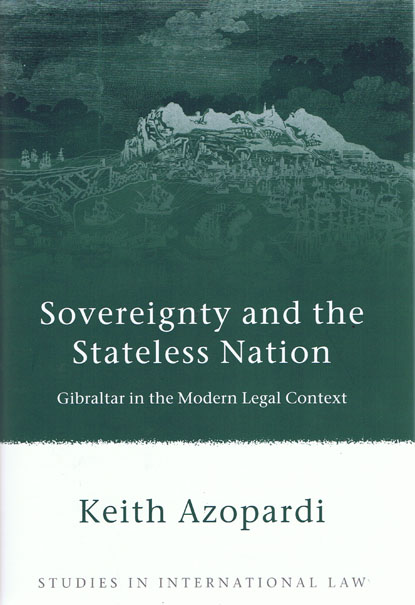 Gibraltar is an Overseas Territory of the UK within the EU, which has for three centuries been at the centre of a dispute between Britain and Spain, a dispute based on traditional perceptions of sovereignty. Hitherto the dispute has been managed in a predominantly bilateral way, but this has prevented the people of Gibraltar having an equal say on the issue of Gibraltar's sovereignty and decolonisation. It has produced a paradox of governance and constitutionalism that encases the Gibraltar people.

This book considers the effects of sovereignty and the culture of bilateralism on the dispute, and examines the resulting deficits of governance and democracy. In assessing the evolution of the themes underlying the dispute it asks how its resolution might be facilitated by the application of ideas drawn from the modern legal context of late sovereignty, pluralism and stateless nationalism, suggesting that a productive trilateral approach and recognition of the legal and societal context could enable an enduring settlement.

The author marries theories from international relations, constitutional law and public international law in the context of modern literature on sovereignty and nationalism, applying these theories to the case-study of Gibraltar with emphasis on constitutionalism in its international and EU context to produce a ground-breaking addition to the literature on stateless nationalism, late sovereignty and constitutional pluralism. As such it also complements recent studies of sub-state societies, regions or nations within Europe and elsewhere, including Catalunya, the Basque Country and Scotland and Wales, and in the broader Commonwealth context, other British overseas territories.

Contents:
Foreword (by Stephen Tierney, Professor of Constitutional Theory,
University of Edinburgh)
Introduction—Between Three Flags: Constitution, Status,
Governance and Sovereignty in Gibraltar
1—From Strategic Gain to Fortress Colony to 'The Right to Our Land'
2—Changing Landscapes—Sovereignty, Status and Governance
by 1986 and their Convergence onto the European Stage
3—Sovereignty, State and Stateless Nation
4—'The Sensitivity of the Underlying Bilateral Issue': Bilateralism
and the Governance Deficit 1986–2004
5—Sub-state Power, Representation and Influence, and the Zenith of
Bilateralism
6—Negotiating a Way through the Mist—Old Concepts,
New Meanings.
7—Making Advances—Power, Influence and Representation within
the European Dimension and the Status Dilemma
Conclusion—Sovereign within Spheres of Influence