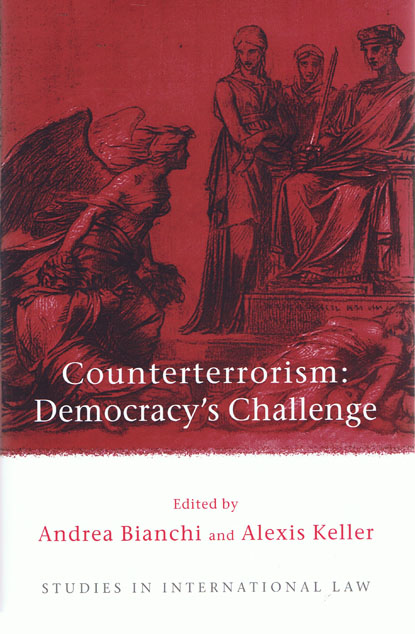 Terrorist violence is no novelty in human history and, while government reactions to it have varied over time, some lessons can be learnt from the past. Indeed, the debate on when and how a state should use emergency powers that limit individual freedoms is nearly as old as the history of political thought. After reviewing some history of state responses to terrorist violence and their efficacy, this book sets out to assess the effects of contemporary counterterrorism law and policies on democratic states. In particular, it considers the interaction between national and international law in shaping and implementing anti-terror measures, and the difficult role of the judiciary in striking a balance between security concerns and fundamental rights. It also examines the strains this has caused on some democracies, especially a blurring in the separation of powers between the legislative, executive and judicial branches of government, giving reason to inquire afresh whether new paradigms are needed. Finally, the issue of whether the doctrine of constitutionalism can provide an appropriate frame of analysis to encapsulate current developments in international law in response to terrorism is broached.

By drawing on the expertise of historians, political scientists and lawyers, this book promotes transdisciplinary dialogue, recognising that counterterrorism is an issue at the intersection of law and politics that has profound implications for democratic institutions and practices.

Contents:
Part One: The Fight against Terrorism in Historical Perspective
1. Countering Terrorism: A Historical Perspective Adam Roberts
2. Constitutionalising Emergency Powers in Modern Europe: The English and the Roman Model Alexis Keller
3. Liberal State Responses to Terrorism and Their Limits Paul Wilkinson
4. The Role of Modern States in the Decline and Demise of Terrorism Audrey Kurth Cronin
Part Two: Balancing Security Concerns and Individual Freedoms
5. Terrorism and Human Rights Paradigms: The United Kingdom after 11 September 2001 Dominic McGoldrick
6. Terror Financing, Guilt by Association and the Paradigm of Prevention in the 'War on Terror' David Cole
7. United We Stand: National Courts Reviewing Counterterrorism Measures Eyal Benvenisti
8. 'The Last Refuge of the Tyrant'?: Judicial Deference to Executive Actions in Time of 'Terror' Iain Scobbie
9. The Abuse of Executive Powers: What Remedies? Christian J Tams
10. The UN Security Council, Counterterrorism and Human Rights Ian Johnstone
Part Three: Is There a Need for New Legal Paradigms?
11. Judicial Balancing in Times of Stress: A Comparative Constitutional Perspective Michel Rosenfeld
12. International Law, Counterterrorism and the Quest for Checks and Balances: Why the Calling Sirens of Constitutionalism Should Be Resisted Andrea Bianchi