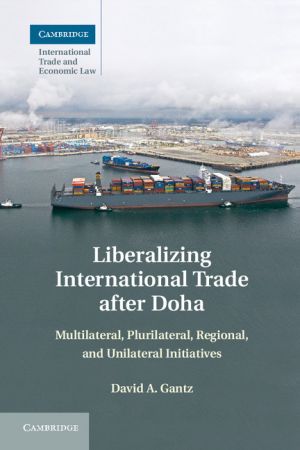 After ten years the Doha Development Round is effectively dead. Although some have suggested that Doha's demise threatens the continued existence of the GATT/WTO system, even with some risks of increasing protectionism, the United States, the European Union, Japan, Brazil, China and India, among others, have too much to lose to make abandoning the WTO a rational option. There are alternatives to a comprehensive package of new or amended multilateral agreements, including existing and future 'plurilateral' trade agreements, new or revised regional trade agreements covering both goods and services, and liberalized national trade laws and regulations in the WTO member nations. This book discusses these alternatives, which although less than ideal, may provide an impetus for continuing trade liberalization both among willing members and in some instances worldwide.