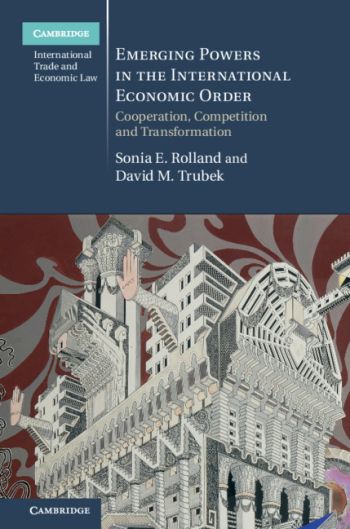 The Post-War liberal economic order seems to be crumbling, placing the world at an inflection point. China has emerged as a major force, and other emerging economies seek to play a role in shaping world trade and investment law. Might they band together to mount a wholesale challenge to current rules and institutions?

Emerging Powers in the International Economic Order argues that resistance from the Global South and creation of China-led alternative spaces will have some impact but no robust alternative vision will emerge. Significant legal innovations from the South depart from the mainstream neoliberal model, but these countries are driven by pragmatism and strategic self-interest, not a common ideological orientation nor do they intent fully to dismantle the current ordering.

In this book, Sonia E. Rolland and David M. Trubek predict a more pluralistic world, which is neither the continued hegemony of neoliberalism nor a full blown alternative to it.