The Return of the Home State to Investor-State Disputes: Bringing Back Diplomatic Protection? 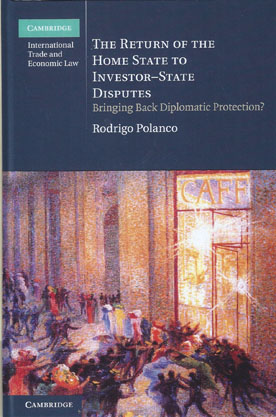 This book advances the idea that in order to address some of the criticisms against investor-state dispute settlement, a large majority of states have taken a 'normative' strategy, negotiating or amending investment treaties with provisions that potentially give more control and greater involvement to the contracting parties, and notably the home state.

This is particularly true of agreements concluded in the past fifteen years. At the same time, there is a potential revival of the 'remnants' of diplomatic protection that are embedded in investment treaties since the beginning of the system. But why is the home state being brought back into a domain from which it was expressly excluded several decades ago?

Why would a home state be interested in intervene in these conflicts? Is this 'new' role of the home state in foreign investment disputes a 'return' to diplomatic protection of its nationals, or are we witnessing something different?