Law, Economics and Politics of Retaliation in WTO Dispute Settlement 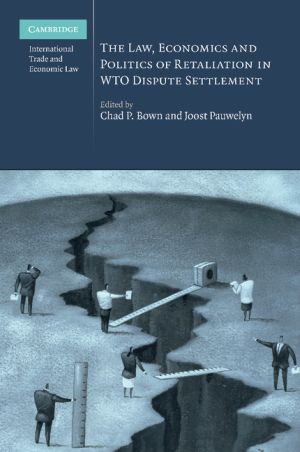 The WTO allows its members to retaliate in the face of continued non-compliance. After more than ten years’ operation and ten arbitration disputes, this volume assesses the law, economics and politics of trade sanctions in WTO dispute settlement.

Including more than thirty contributions from leading academics, trade diplomats and practitioners, it offers a thorough analysis of the legal rules on permissible WTO retaliation as well as an assessment of the economic rationale and calculations behind the mechanism. In addition, it provides first hand experiences of those countries that have obtained WTO authorisation to retaliate, ranging from the United States and the EC to Mexico and Antigua.

In this assessment, the question of how to make the system work also for small countries is paramount. Finally, the volume spells out lessons that could be learned from related fields such as remedies for non-compliance in investment arbitration and competition or anti-trust regimes.

Transparency in the WTO SPS and TBT Agreements: The Real Jewel in the Crown
Marianna B. Karttunen
ISBN 9781108486453
Published April 2020
Cambridge University Press
£85.00

Optimal Regulation and the Law of International Trade: The Interface Between the Right to Regulate and WTO Law
Boris Rigod
ISBN 9781107116122
Published November 2015
Cambridge University Press
£77.99