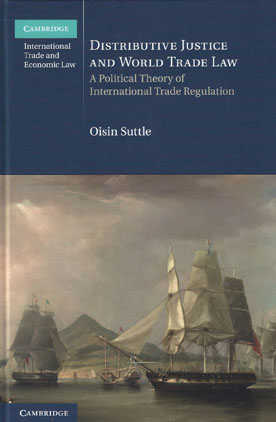 What does justice demand in international trade regulation? And how far does World Trade Organization (WTO) law respond to those demands? Whether our focus is developing countries, struggling industries, or environmental protection, distributive conflict is a pervasive feature of international economic law. Despite this, we lack an adequate theory of distributive justice for this domain.

Drawing on philosophical approaches to global justice, this book advances a novel theory of justice in trade regulation, and applies this to explain and critique the law of the WTO. Integrating theoretical and doctrinal approaches, it demonstrates the potential for political theory to illuminate and inform the progressive development of WTO law, including rules on border measures, discrimination, trade remedies and domestic regulation.

Written from an interdisciplinary perspective, accessible to lawyers, philosophers and political scientists, the book will appeal both to theorists interested in building bridges from theory to practice, and practitioners seeking new perspectives on existing problems.