The Social Foundations of World Trade: Norms, Community and Constitution 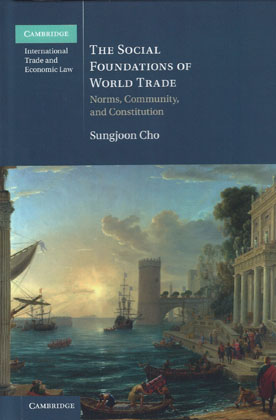 As highlighted by Pascal Lamy, the former head of the WTO, world trade traditionally involves state-to-state contracts and is based on an anachronistic 'monolocation' production/trade model.

It therefore struggles to handle new patterns of trade such as global value chains, which are based on a 'multilocation' model. Although it continues to provide world trade on a general level with a powerful heuristic, the traditional 'rationalist' approach inevitably leaves certain descriptive and normative blind spots.

Descriptively, it fails to explain important ideational factors, such as culture and norms, which can effectively guide the behaviour of trading nations with or without material factors such as interests and utilities. Normatively, the innate positivism of the traditional model makes it oblivious to the moral imperatives of the current world trading system, such as development.

This book emphatically redresses these blind spots by reconstructing the WTO as a world trade community from a social perspective.