Presidential Legislation in India: The Law and Practice of Ordinances 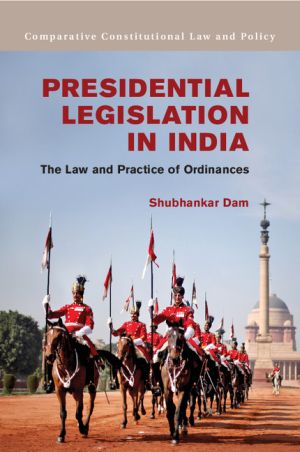 India has a parliamentary system. Yet the president has authority to occasionally enact legislation (or ordinances) without involving parliament. This book is a study of ordinances at the national level in India centered around three themes. Firstly, how an artifact of British constitutional history, over time, became part of India's legislative system. Secondly, how, when, and why presidents resorted to ordinances in post-independent India. Thirdly, it analyzes a range of ordinance-related questions, including some that are yet to be judicially adjudicated. In the process, it explains why much of the Indian Supreme Court's analyses are mistaken, and what should take its place.

The book explains why the fate of parliamentary reforms may be tied to the reform of this provision for ordinances. Standing at the intersection of constitutional law and political science, Presidential Legislation in India offers a new frame through which to understand executive's legislative powers both in parliamentary and presidential systems.

Contents:
Part I. Origins and Practice:
1. The transplant effect: early origins of ordinances in England and India
2. Surrogate legislation: an empirical account of ordinances, 1952-2009
Part II. Law and Interpretation:
3. Negotiating the text: ordinances, Article 123, and the interpretative deficit
4. Reading minds: presidential satisfaction and judicial review of ordinances
5. The power of no: presidents, cabinets, and the making of ordinances.