Constitutional Courts as Mediators: Armed Conflict, Civil-Military Relations, and the Rule of Law in Latin America 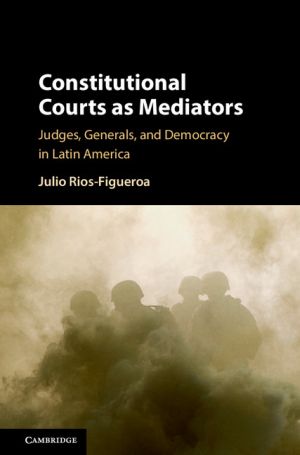 The substantive focus of the book is the role of constitutional courts in democracies where the armed forces are fighting internal armed conflicts of different types: Colombia, Peru, and Mexico in Latin America and also Israel, Turkey, and Pakistan.

Through detailed analyses of the political context, civil-military relations, and the constitutional jurisprudence on military autonomy and the regulation of the use of force the book shows that constitutional courts can be instrumental in striking a democratically accepted balance between the exercise of civilian authority and the legitimate needs of the military in its pursuit of order and national security.