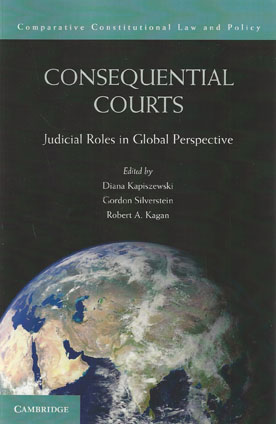 In the early twenty-first century, courts have become versatile actors in the governance of many constitutional democracies, and judges play a variety of roles in politics and policy making.

Assembling papers penned by academic specialists on high courts around the world, and presented during a year-long Andrew W. Mellon Foundation John E. Sawyer Seminar at the University of California, Berkeley, this volume maps the roles in governance that courts are undertaking and the ways they have come to matter in the political life of their nations.

It offers empirically rich accounts of dramatic judicial actions in the Americas, Europe, the Middle East and Asia, exploring the political conditions and judicial strategies that have fostered those assertions of power and evaluating when and how courts' performance of new roles has been politically consequential. By focusing on the content and consequences of judicial power, the book advances a new agenda for the comparative study of courts.