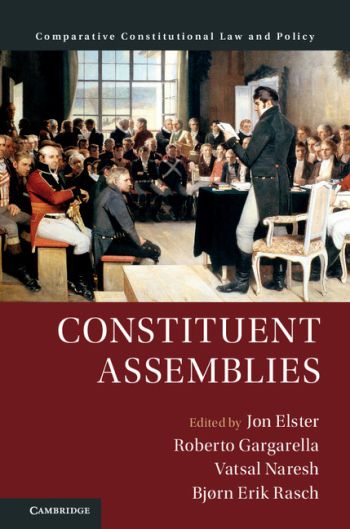 Comparative constitutional law has a long pedigree, but the comparative study of constitution-making has emerged and taken form only in the last quarter-century. While much of the initial impetus came from the study of the American and French constituent assemblies in the late 18th century, this volume exemplifies the large comparative scope of current research.

The contributors discuss constituent assemblies in South East Asia, North Africa and the Middle East, Latin America, and in Nordic countries. Among the new insights they provide is a better understanding how constituent assemblies may fail, either by not producing a document at all or by adopting a constitution that fails to serve as a neutral framework for ordinary politics.

In a theoretical afterword, Jon Elster, one of the inspirators of the current in the topic, offers an analysis of the micro-foundations of constitution-making, with special emphasis on the role of crises-generated passions.