The Adventures of the Constituent Power: Beyond Revolutions? 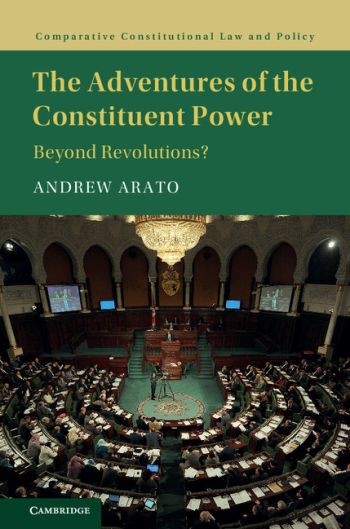 Constitutions are made in almost all transformation of regimes. What are the dangers and the hopes associated with such a process? What can make constitution-making legitimate?

The Adventures of the Constituent Power explores the democratic methods by which political communities make their basic law, arguing that the most advanced method developed from Spain and South Africa.

The first part of this book focuses on history of the idea of constitution-making, before and during the democratic revolutions of the 18th Century. The second part traces the notion of the constituent power in recent regime transitions that were consciously post-revolutionary, from Spain to South Africa. With the return of revolutions or revolutionary patterns of constitution-making, the book examines the use and potential failure of the new ideas available. The third part then proceeds to consider the type of constitution that is likely to emerge from the post-sovereign process.

Contents:
Preface
Introduction: key concepts: legitimacy, sovereignty, revolution, constitution and sovereign dictatorship
Part I. On the History of the Idea of the Constituent Power:
1. The origins of the idea of the sovereign constituent power
2. The antinomies of the framers in the first democratic revolutions
Part II. Post Sovereignty and the Return of Revolution:
3. The evolution of the post revolutionary paradigm: from Spain to South Africa
4. The time of revolutions
Part III. Constitutional Change under Constitutional Regimes:
5. Post sovereign constitutionalism: likely and desirable outcomes
Epilogue: breaking the link between revolution and sovereign dictatorship the case of the all Russian constituent assembly, 1917-1918.