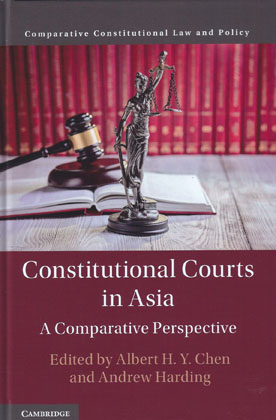 This book is the first to provide systematic narratives and analysis of Asian experiences of constitutional courts and related developments, and to introduce comparative, historical and theoretical perspectives on these experiences, as well as debates on the relevant issues in countries that do not as yet have constitutional courts.