The Oxford Handbook of the History of International Law 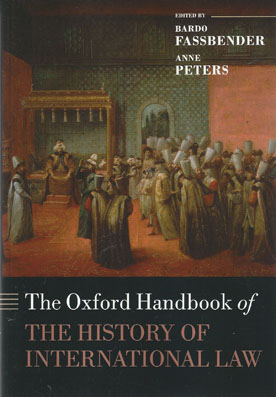 The Oxford Handbook of the History of International Law provides an authoritative and original overview of the origins, concepts, and core issues of international law.

Covering international legal developments from the 15th century until the end of World War II, the Handbook consists of over sixty individual chapters which are arranged in six parts.

Part Three addresses the history of international law in the different regions of the world (Africa and Arabia, Asia, the Americas and the Caribbean, Europe), as well as 'encounters' between non-European legal cultures (like those of China, Japan, and India) and Europe which had a lasting impact on the body of international law. Part Four examines certain forms of 'interaction or imposition' in international law, such as diplomacy (as an example of interaction) or colonization and domination (as an example of imposition of law). The classical juxtaposition of the civilized and the uncivilized is also critically studied.