The Oxford Handbook of the Responsibility to Protect 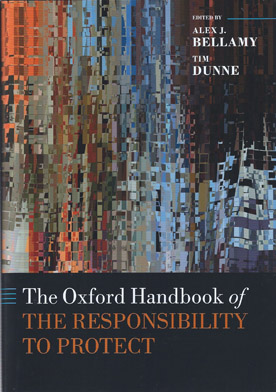 The Responsibility to Protect (R2P) is intended to provide an effective framework for responding to crimes of genocide, ethnic cleansing, war crimes, and crimes against humanity.

It is a response to the many conscious-shocking cases where atrocities - on the worst scale - have occurred even during the post 1945 period when the United Nations was built to save us all from the scourge of genocide.

The R2P concept accords to sovereign states and international institutions a responsibility to assist peoples who are at risk - or experiencing - the worst atrocities. R2P maintains that collective action should be taken by members of the United Nations to prevent or halt such gross violations of basic human rights.

This Handbook, containing contributions from leading theorists, and practitioners (including former foreign ministers and special advisors), examines the progress that has been made in the last 10 years; it also looks forward to likely developments in the next decade.