The Oxford Handbook of the U.S. Constitution 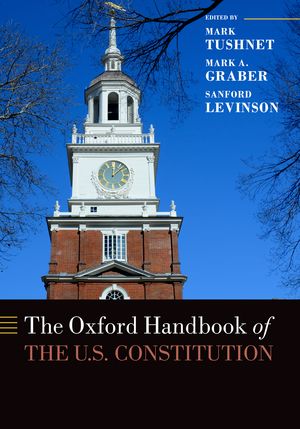 This Handbook enables readers within and beyond the U.S. to develop a critical comprehension of the literature on the Constitution, along with accessible and up-to-date analysis. The historical essays included in this Handbook cover the Constitution from 1620 right through the Reagan Revolution to the present.

The essays on law explore how contemporary citizens appear to expect and accept the exertions of power by a Supreme Court, whose members are increasingly disconnected from the world of practical politics. Essays on rights discuss how contemporary citizens living in a diverse multi-racial society seek guidance on the meaning of liberty and equality, from a Constitution designed for a society in which all politically relevant persons shared the same race, gender, religion and ethnicity.

Lastly, the essays on themes explain how in a "globalized" world, people living in the United States can continue to be governed by a constitution originally meant for a society geographically separated from the rest of the "civilized world."