This book is now Out of Print.
A new edition has been published, the details can be seen here:
The Oxford Handbook of Comparative Law 2nd ed isbn 9780198810230

The Oxford Handbook of Comparative Law 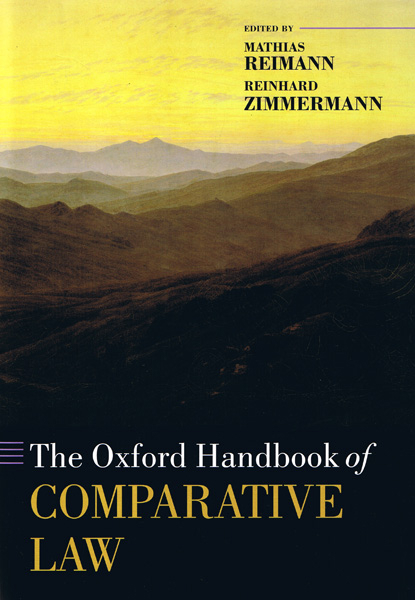 The Oxford Handbook of Comparative Law provides a wide-ranging and highly diverse survey as well as a critical assessment of comparative law at the beginning of the twenty-first century. It summarizes and evaluates a discipline that is time-honoured but not easily understood in all its dimensions. In the current era of globalization, this discipline is more relevant than ever, both on the academic and on the practical level.

The Handbook is divided into three main sections.:-

The Handbook contains forty eight chapters which are written by experts from around the world. The aim of each chapter is to provide an accessible, original, and critical account of the current state of comparative law in its respective area which will help to shape the agenda in the years to come. Each chapter also includes a short bibliography referencing the definitive works in the field.