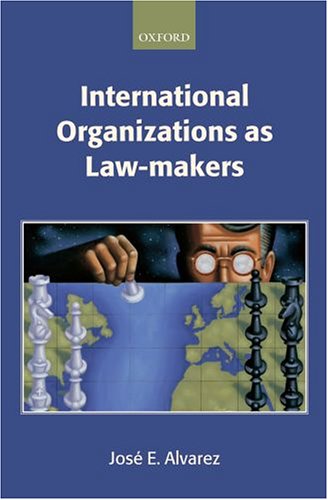 In particular, this book examines the impact of the institutions on international law through the day to day application and interpretation of institutional law, the making of multilateral treaties, and the decisions of a proliferating number of institutionalized dispute settlers.

Part I re-examines the law resulting from the activity of political organs, such as the UN General Assembly and Security Council, technocratic entities within UN specialized agencies, and international financial institutions such as the IMF, and considers their impact on the once sacrosanct 'domestic jurisdiction' of states, as well as on traditional conceptions of the basic sources of international law.

Part II assesses the impact of the move towards institutions on treaty-making. It addresses the interplay between negotiating venues and procedures and interstate cooperation and asks whether the involvement of international organizations has made modern treaties 'better'. Part III examines the proliferation of institutionalized dispute settlers, from the UN Secretary General to the WTO's dispute settlement body, and re-examines their role as both settlers of disputes and law-makers.

The final chapter considers the promise and the perils of the turn to formal institutions for the making of the new kinds of 'soft' and 'hard' global law, including the potential for forms of hegemonic international law.