This book is now Out of Print.
A new edition has been published, the details can be seen here:
Jurisdiction in International Law 2nd ed isbn 9780199688517 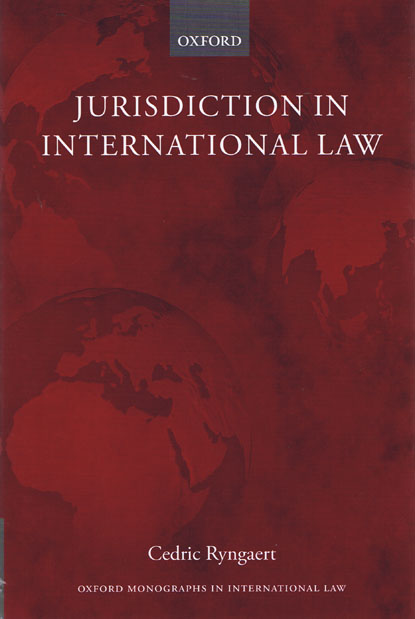 
This book examines the international law of jurisdiction, focusing on the areas of law where jurisdiction is most contentious: criminal, antitrust, securities, discovery, and international humanitarian and human rights law. Since F.A. Mann's work in the 1980s, no analytical overview has been attempted of this crucial topic in international law: prescribing the admissible geographical reach of a State's laws.

The need for such an overview has grown more pressing in recent years as the traditional framework of the law of jurisdiction, grounded in the principles of sovereignty and territoriality, has been undermined by piecemeal developments. Antitrust jurisdiction is heading in new directions, influenced by law and economics approaches; new EC rules are reshaping jurisdiction in securities law; the U.S. is arguably overreaching in the field of corporate governance law; and the universality principle has gained ground in European criminal law and U.S. tort law.