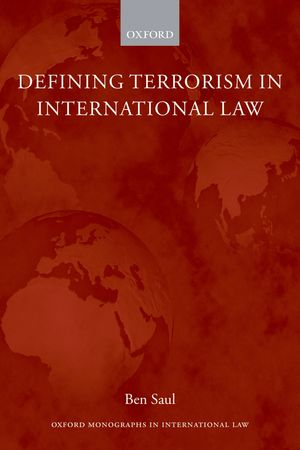 New in Paperback- previously published in hardcover in August 2006
Despite numerous efforts since the 1920s, the international community has failed to define or criminalize 'terrorism' in international law. This book first explores the policy reasons for defining and criminalizing terrorism, before proposing the basic elements of an international definition. Terrorism should be defined and criminalized because it seriously undermines fundamental human rights, jeopardizes the State and peaceful politics, and may threaten international peace and security.

Definition would also help to distinguish political from private violence, eliminating the overreach of the many 'sectoral' anti-terrorism treaties. A definition may also help to confine the scope of UN Security Council resolutions since 11 September 2001, which have encouraged States to pursue unilateral and excessive counter-terrorism measures.