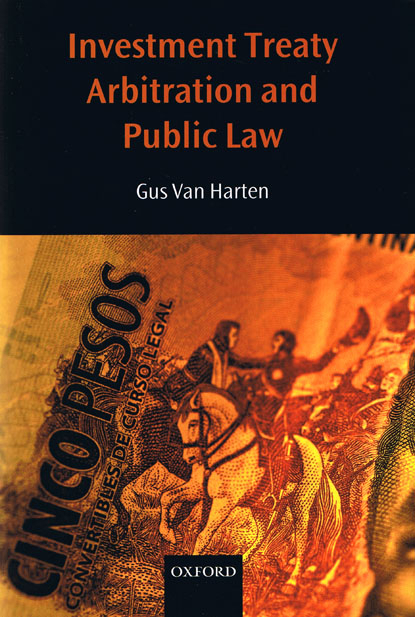 Buy
This is a Print On Demand Title.
The publisher will print a copy to fulfill your order. Books can take between 1 to 3 weeks. Looseleaf titles between 1 to 2 weeks.
The recent explosion of investment treaty arbitration marks a revolutionary change in both international and public law, above all because it demonstrates how states have unwittingly privatised key powers of the courts in public law.

This book outlines investment treaty arbitration as a public law system, by precisely demonstrating the significance of giving arbitrators comprehensive jurisdiction to decide regulatory disputes between business and state. In doing so, it exposes some startling consequences of transplanting rules of commercial arbitration into the regulatory sphere. First, private arbitrators can award compensation to investors in ways that go well beyond domestic systems of state liability in public law. Second, these awards can be enforced in as many as 165 countries, making them more widely enforceable than other judicial decisions in public law. Third, public law can be interpreted in private as a matter of course, without any appeal to a court to correct errors of law.

The conflict between private arbitration and public law poses a serious challenge to open and accountable judging. But the critical flaw of the system - hitherto neglected - is its threat to judicial independence based on security of tenure. Under investment treaties, business claims against the state are decided by privately-contracted adjudicators, who win appointments only as more claims are brought. Thus, as the book explains, the 'judge' has a financial stake in how public law is interpreted and in the outcome of the dispute. While it is laudable to use international adjudication to resolve controversial disputes, the benefits of a global economy are no excuse for corrupting our historic tradition of independent courts.