Formalism and the Sources of International Law: A Theory of the Ascertainment of Legal Rules 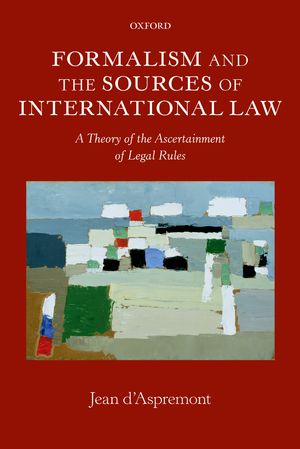 This book revisits the theory of the sources of international law from the perspective of formalism. It critically analyzes the virtues of formalism, construed as a theory of law ascertainment, as a means of distinguishing between law and non-law.

The theory of formalism is re-evaluated against the backdrop of the growing acceptance by international legal theorists of the blurring of the lines between law and non-law. At the same time, the book acknowledges that much international normative activity nowadays takes place outside the ambit of traditional international law and that only a limited part of the exercise of public authority at the international level results in the creation of international legal rules.

The theory of ascertainment that the book puts forward attempts to dispel some of the illusions of formalism that accompany the delimitation of customary international law. It also sheds light on the tendency of scholars, theorists, and advocates to deformalize the identification of international legal rules with a view to expanding international law.

The book seeks to revitalize and refresh the formal identification of rules by engaging with some tenets of the postmodern critique of formalism. As a result, the book not only grapples with the practice of law-making at the international level, but it also offers broad theoretical insights on international law, dealing with the main schools of thought in legal theory (positivism, naturalism, legal realism, policy-oriented jurisprudence, and postmodernism).

The main theory of law ascertainment presented in this work rests on a rejuvenated and modernized version the social thesis found in English analytical jurisprudence.