Why Not Torture Terrorists? Moral, Practical and Legal Aspects of the "Ticking Bomb" Justification for Torture 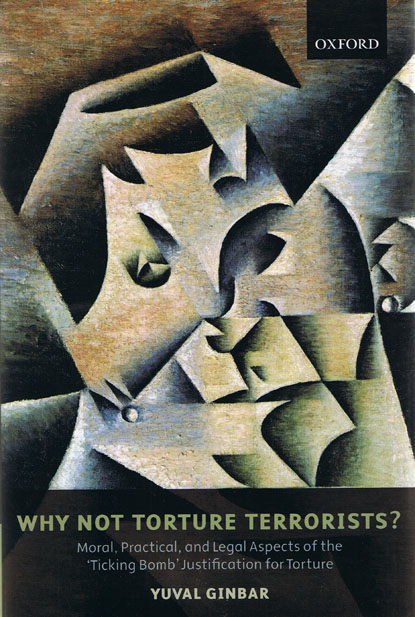 This book addresses a dilemma at the heart of the 'War on Terror': is it ever justifiable to torture terrorists in order to save the lives of others, the so-called 'ticking bomb' scenario?

The book opens with an analysis of the pure moral argument from the standpoint of the individual as torturer. It then looks at the issues that arise once a state has decided to sanction torture in certain situations: how to establish factually that the situation is urgent, deciding who to torture, training people to carry out torture, and the efficacy of torture as a means of gathering information. The final part examines attempts to operate legal systems which tolerate torture; how they relate to the criminal law notion of necessity and to international human rights norms.

After examining the utilitarian arguments for torture, and the impact on a society of permitting torture, the author presents a powerful argument for maintaining the absolute legal prohibition.

Contents:
Foreword
Sir Nigel Rodley
Introduction
Part I: Private Morality: Is it Morally Justifiable for an Individual to Torture a Terrorist in Order to Save Many Innocent Lives?
1. Introduction
2. The wider moral Issue: Do consequences or 'no go areas' determine what is ethical in an extreme situation?
3. Consequentialist argument for torturing in a ticking bomb situation
4. The minimal absolutist approach I: anti-absolutism as morally untenable
5. The minimal absolutist approach II: Arguments for an absolute prohibition on torture
Part II: Public, Practical Morality: Is it Morally Justifiable for a State to Torture in Order to Save Many Innocent Lives?
6. Introduction
7. Is there, in extreme situations, a 'public morality' that is distinct from 'private morality'?
8. 'Slippery slope' and other dangers resulting from states torturing in TBSs
Part III: Legalising Torture 1 - Four Models
9. Introduction
10. The Landau model in Israel
11. The 'torture warrants' model
12. The 'defence of necessity' model I - Israel's High Court of Justice model
13. The USA's 'high value detainees' model
Part IV: Legalising Torture 2: Three Issues
14. Introduction
15. Is it (internationally) legal? Is it torture? Some comments and examples
16. The 'defence of necessity' (DoN) model II : the DoN as legal grounds for torture in a TBS